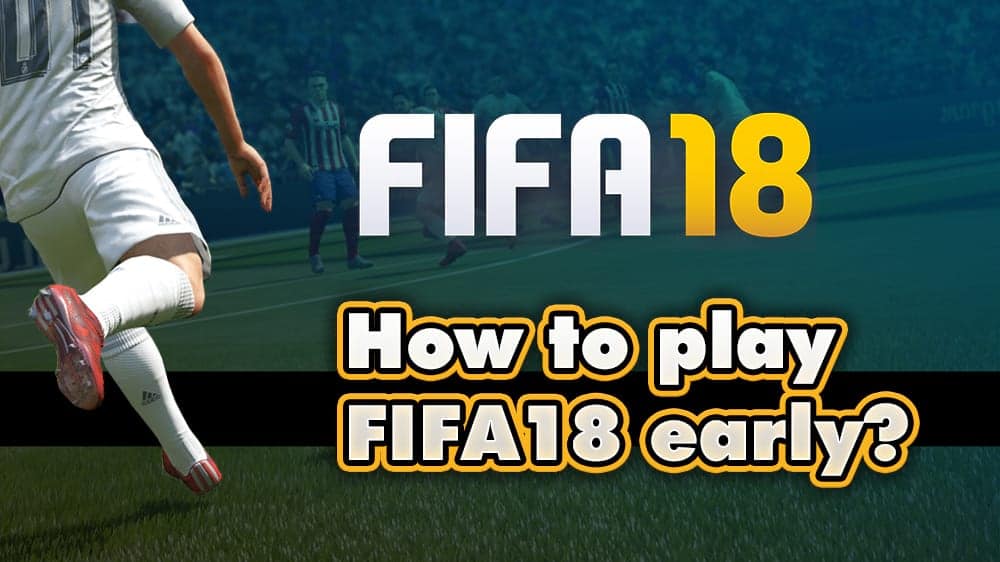 There are a few ways to play FIFA 23 early, including Pro Clubs and Ultimate Team. Here’s a detailed listing of these.

Closed beta for every FIFA starts around the middle of August. The beta is separated on Pro Clubs, Online Seasons and Ultimate Team betas. When you are chosen to participate in beta you are randomly assigned to one od these modes.

How to apply for FIFA 23 Closed Beta?

All you need to do is to have on your Origin preferences page  checked to receive e-mails from EA, including these about FIFA games and you need to be from North America (USA and Canada) or United Kingdom – you can change these regional settings in your Origin account’s preferences. That’s it. The process of choosing the beta players is then completely random.

Every FIFA game demo comes out around the middle of September, it should be announced on Gamescom. Then you can download the demo from Origin for free and test the game out. It will be around eight teams and only Kick Off matches featuring top teams like Real Madrid (because of cover star Cristiano Ronaldo), BVB, PSG and Man City.

Origin Access (and EA Access for consoles) let’s you play 10 hours of full version of FIFA 23 starting on September 21th. This is a great way to get a head start in Pro Clubs. Origin Access costs $4.99 or £3.99 per month and besides FIFA 23 you can play a great selection of games as long as your subscription is active. You can cancel the subscription at any time though.

If you pre order FIFA 23 Ultimate or Champions edition through Origin you will get three days of early access to the full version of the game. These versions are more expensive than regular version and you will get some packs for Ultimate Team.

Some countries have the release date for FIFA 23 set earlier than US or Europe and that’s usually New Zealand and Mexico. You can buy FIFA 23 via Origin or browser via VPN service (such as NordVPN). This way you can play FIFA 23 a couple of days earlier.

Gamescom is the second biggest video game event in the world after E3 and it’s in Cologne every year in late August.  In 2019 it will happen on 23-26th of August and in these days you can come to the event and play FIFA 23 in public area before 99% of the people. The queues are long, but it might be worth it.

You can also wait and pre order FIFA 23 the usual way – here are the best deals for FIFA.