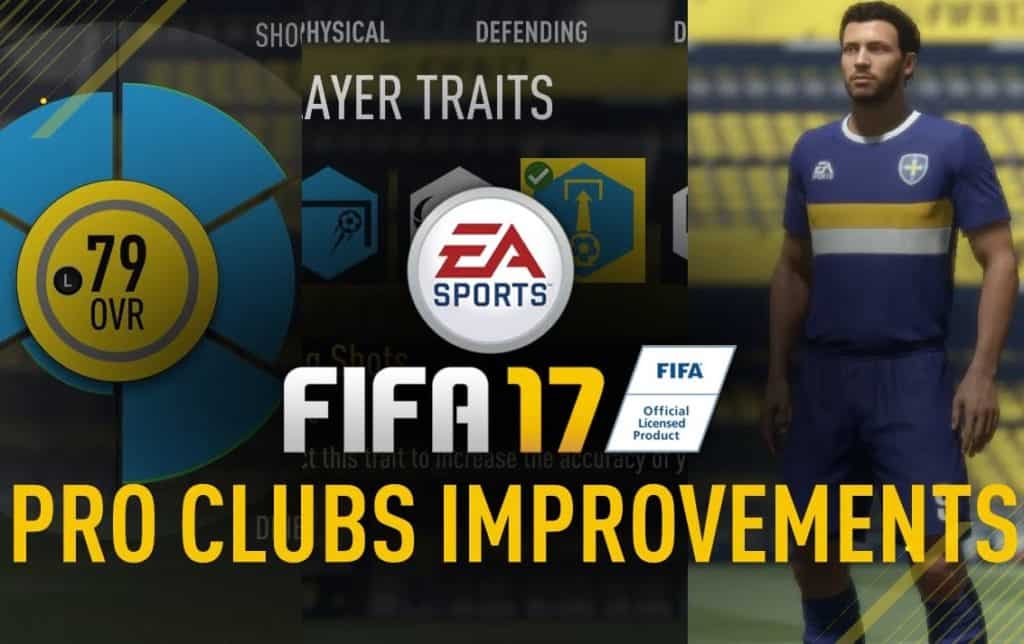 EA Sports has announced on this years Gamescom that Pro Clubs mode in FIFA 17 is getting a few improvements it needed for a long time now.

Pro Clubs hasn’t been updated in a few years now, beside EA’s adding a few new hairstyles every year, so it’s surely a great news for all the fans of Pro Clubs mode in FIFA games.

There’s no more an achievements system, which were the same for a few years now and you had to unlock them to improve your player’s attributes. The new system is based solely on your match rating which you’ll receive after a match and based on that your Pro player will improve his stats. You can get a rating out of 10 and the higher it gets it’s better.

Traits of the pro clubs player

Now, in FIFA 16 and the prior ones you could choose five traits for your Pro, out of twenty or so. In FIFA 17 there’s an overhaul of this. At the start you get 6 points to use up for your traits and after playing more games and receiving good match ratings you get more of these points which you can spend onÂ Physical, Defending, Dribbling, Passing, Shooting, Pace or Goalkeeping traits such as instant 5 star skills, strenght +6, fancy passes, speed orÂ acceleration +4 and so on. It’s unknown how much trait points you can get in total for now.

Customisation for kits and badges

You can customise your teams kits and badges now. You can still use authentic team kits or clubs from all over the world, but also you can create custom ones with the editor.

As for the badges, they’re also customisable, you can pick the shape of your crest, the pattern that’s inside it and the colors.