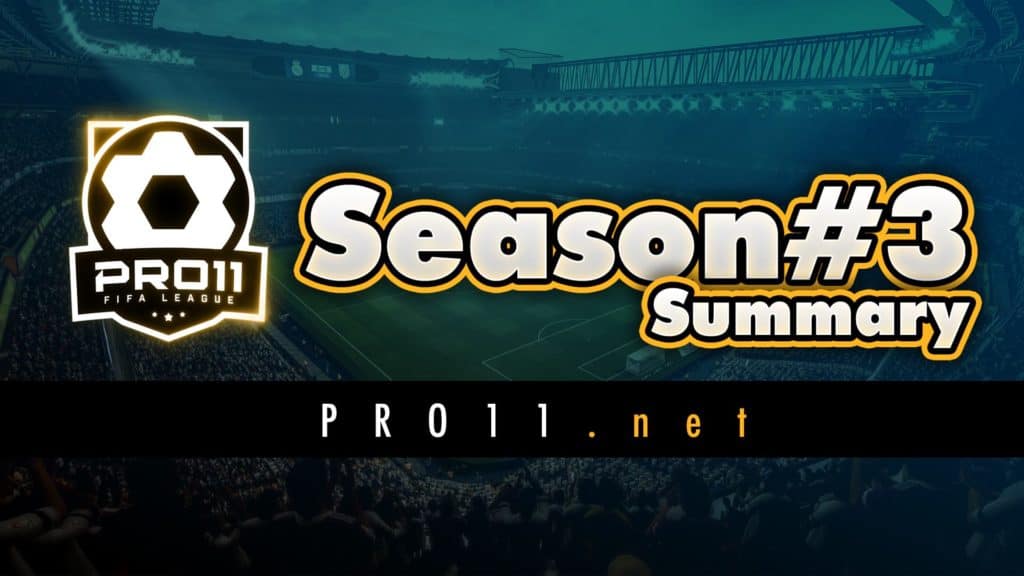 Our third season has come to an end. FIFA 18 on PC had issues at the start with friendlies, so the season couldn’t start as soon as we wanted it to, but here we are. Two divisions and 288 matches later. 😉

Congratulations to Oude Garde and En Masse for winning their respective divisions.

Kelvin Vink from Oude Garde and Kali from FC Grasscutter1 were the top scorers in their divisions, having scored 17 goals each.

iD-Swazz from iDentity and RFar from FC Grasscutter1 were the best playmakers with 14 and 10 assists respectively.

Goalkeepers and defenders clean sheets were once again inconclusive, as these stats are not really flashy and most captains forget to put them in. Shout out to all of GKs and defenders though, as they’re playing the most difficult positions in the game.

All fixtures of season #3.

Hope you all had a great time playing this season, see you in the next one!