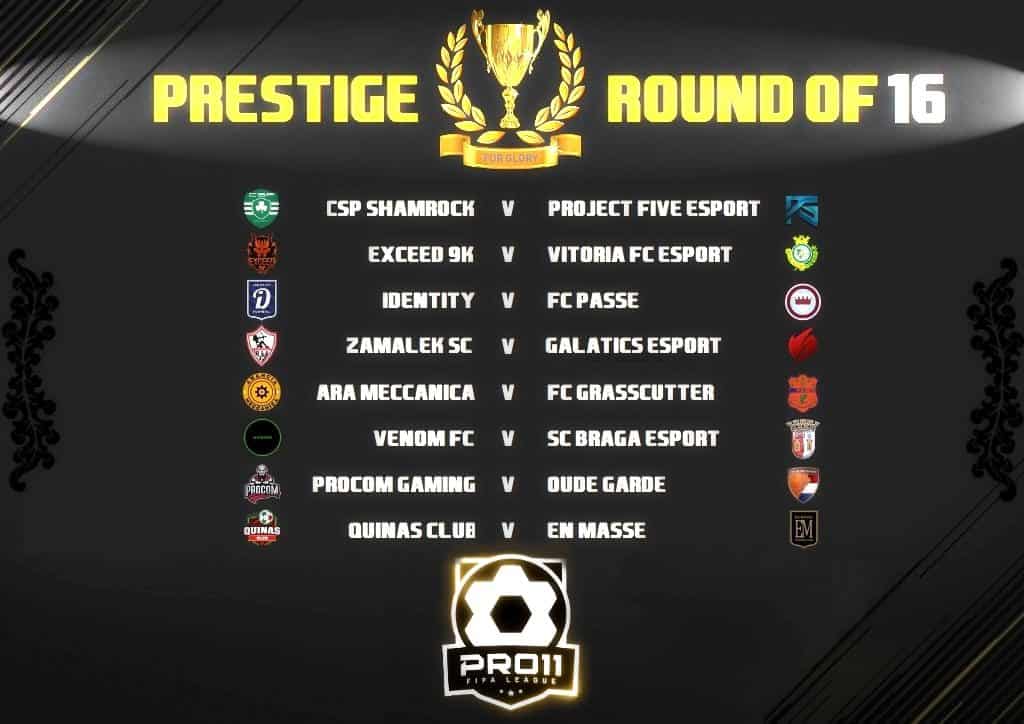 PRO11 Prestige Cup is on.

The first round is to be played by the 26th of January 2018. Each cup fixture is a home and away match. We almost fully advise captains to organize both matches one after the other, maybe a 5 minute break in between. If not possible, then still schedule both games within the week. Goal aggregate (away goals) will play a part in the cup.

If both legs result in a flat out draw, a third match must be played immediately after the second match with a golden goal rule. First team to score. The team with kick off must pass the ball back to their Goalkeeper before you can try to attack, no kick off glitches.

Good luck to all teams!

EDIT: Congrats to En Masse for winning the Cup!

En Masse have been crowned champions, after winning 2-1 against Vitoria FC eSport. Congratulations to them on capturing the domestic double! pic.twitter.com/KvkXLUWVBR