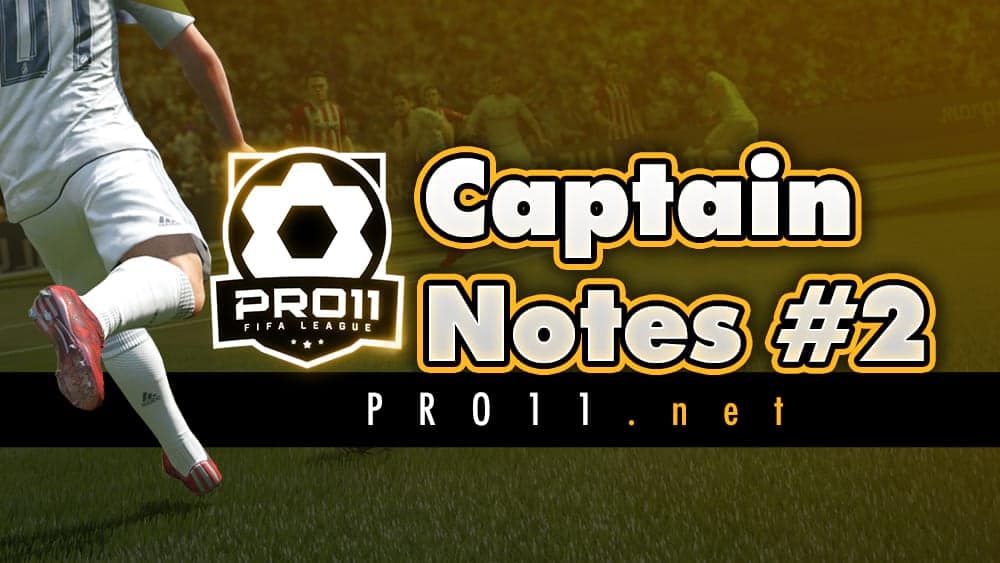 These notes are a series of important updates, news, messages and changes that you must read whenever they appear.

The table is looking good and things are running smoothly however we have some important things you need to pay attention to.

1. Sacamaca FC and Black WereWolves are being removed from the league. They have both gone inactive on the website and origin although we, and other clubs have seen them playing. They’re being replaced by newcomers.

2. Please welcome our two new teams Goatbare and Tangerine Dream. These guys will replace Saca and Werewolves. It is most likely they will play all the remaining games of replaced teams. The same for Cixers eSport that replaced Techsturbation a couple of weeks ago.

3. Match result screenshot errors. This is a serious one. We’ve had many emails saying ‘please add my other goal i scored’. True or not, without a screenshot its never going to happen. Maybe its your captain’s fault or the opponent’s for not uploading correct screenshots. We need to get this right every match from now on. All you need is the Facts, Events, Home assists, Away assists.

4. Wrong ‘Known As’. This is even more serious than the above. Perhaps the opponent played an illegal player and he scored two goals that made your team lose. Now because his known as doesnt match anyone on the website, we will assume he is illegal. Wait, the team didnt upload a screenshot of the away team assists, how will we prove he was illegal? Maybe you get the idea and seriousness of incorrect screenshots and known as. We will now introduce the penalty point system, as follows;

We will deal out strikes. Once you amount to 10, you will lose 1 point from the table. It doesnt sound like much of a punishment to some, in the end, every point will make a difference, take it seriously. The following will grant you one strike:

Please understand, it is not 1 match 1 strike. It is worse, for example. 6 players all with wrong Known As, and then the captain forgets all 4 screenshots, thats 10 strikes. So lets get it right.

A big tip, why not take screenshots yourself even if you are the away team, there’s nothing wrong with asking the other captain if he got screenshots too. Work together, make the league more accurate.